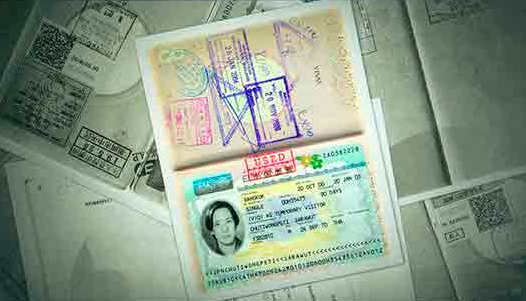 (The Dream of a Greater Countries…)

“The Dream of a Greater Countries” relies extensively on the capacity of accommodating territorial differences. Borders – as markers of these differences – come out in the forefront of new political practices that transform territories demarcated by national borders into territories articulated at different scales by regional, national, and supra-national borders. The concept of region applies to various political geographies, socioeconomic contexts and cultural regions take shape as spaces with shared history, language and ethnicity. These articulations are constructed as pivotal connectors within territory through social interactions, political practices, and discourses.

As a kind of a dreamer and travel lover, I really like to exploring new things; Traveling feeds my creativity, self discovery and impact approaches and investigations about the world; gaining experiences”. My journeys are always filled with inspiration and creativity. In 1999-2015, I secured funding and traveled as a visiting artist to several countries such as: Austria, Brazil, Canada, China, Croatia, Denmark, Egypt, Finland, France, Germany, Hungary, Italy, Japan, Malaysia, Nepal, Norway, Singapore, Slovakia, Slovenia, South Korea, Spain, Sri Lanka, Sweden, Switzerland, Taiwan, United Kingdom and United States of America.

My traveling is so meaningful to me, both for knowledge and also for experiences to approach and understanding by turning the attention to concrete structures of contacts across borders and to intersections of multiple identities in border regions, political geography and ethnic borders.Traveling to me is visiting Utopia Stations. Each station is an Utopia Laboratory Station.Here I can make my wishes come true, one by one, from one to the next, building the future…Utopia!

Some people say to me: “There is No Utopia! The world becomes harder and harder, It’s complicated and cracked. The Utopia is already DEAD, But I love to be “Optimistic”. Recently, I have felt a lot of pressure, a lot of worries. But to live without a dream; life would become so very boring!

My art work series “Wishes, Lies and Dreams- -The dream is a new departure“ is part of The Utopia, part of another laboratory station, another experience on my traveling path and perspectives on territory. It will be yet another step on the way of learning and discovering about my self and the world, the future and the Utopia.

The Critical Time of the World Civilization

My goal is to investigate the expressive possibilities of conceptual visual language and to develop Collaborative New Art as part of both Contemporary Art/Contemporary Global Structure and the Technological Civilization in which we live today. I am especially interested in finding out how contemporary art can enhance the distribution of information and foster a profound universality in the human nature and cross-cultural artistic and critical collaboration. The meaning of the very possibility to enrich contemporary art may also come into question. In my inquiry, I am guided by the following set of questions: Are sensations-reactions to contemporary art still significant today? In what way and how can contemporary art theory and practice address and help solve today’s global problems? And finally, Can contemporary conceptual art disclose the corrupted social values in mega polices and create a bridge between the present and the future generations?.

Today, the world comprises of uncertainties and ambiguities. Science and civilization are not able to yield all answers or solutions to our satisfaction.At times, knowledge may comprise of power with impact that are beyond individual’s intuition and intellect. Often advancement in science have challenged moral codes and ethics as well as faith and religion. When science and technology are utilized in appreciate. They being harm and

The contradictory side of utopia is full of pessimism. Man’s quest to conquer distant galaxies, endless search for territories and colonies reflect his inner instinct for power, aggrandizement, and control. The imbalance of power between those who control and those under control has contributed to disorder and dilemma.

In the era of confusion and distortion values of aesthetics and common sense have been greatly transformed At the end of the century we are facing the crisis of world civilization.